As you probably already know, there are many methods available to help you give smoking. But many of them, such as vaping, nicotine gum and nicotine patches, still involve putting nicotine into your body.

Contents show
1 How Does It Work?
1.1 Smoke Away
2 Instructions For Use
2.1 The Tablets
2.2 The Other Methods
3 Effectiveness And Success Rate
4 What Users Have To Say About Smoke Away
4.1 Testimonials
4.2 Criticism
5 How It Compares With Other Products For Giving Up Smoking
5.1 Nicotine Patches And Gums
5.2 Vaping With E-Cigarettes
6 Where You Can Buy Smoke Away
7 Pricing And Value For money
8 Final Thoughts 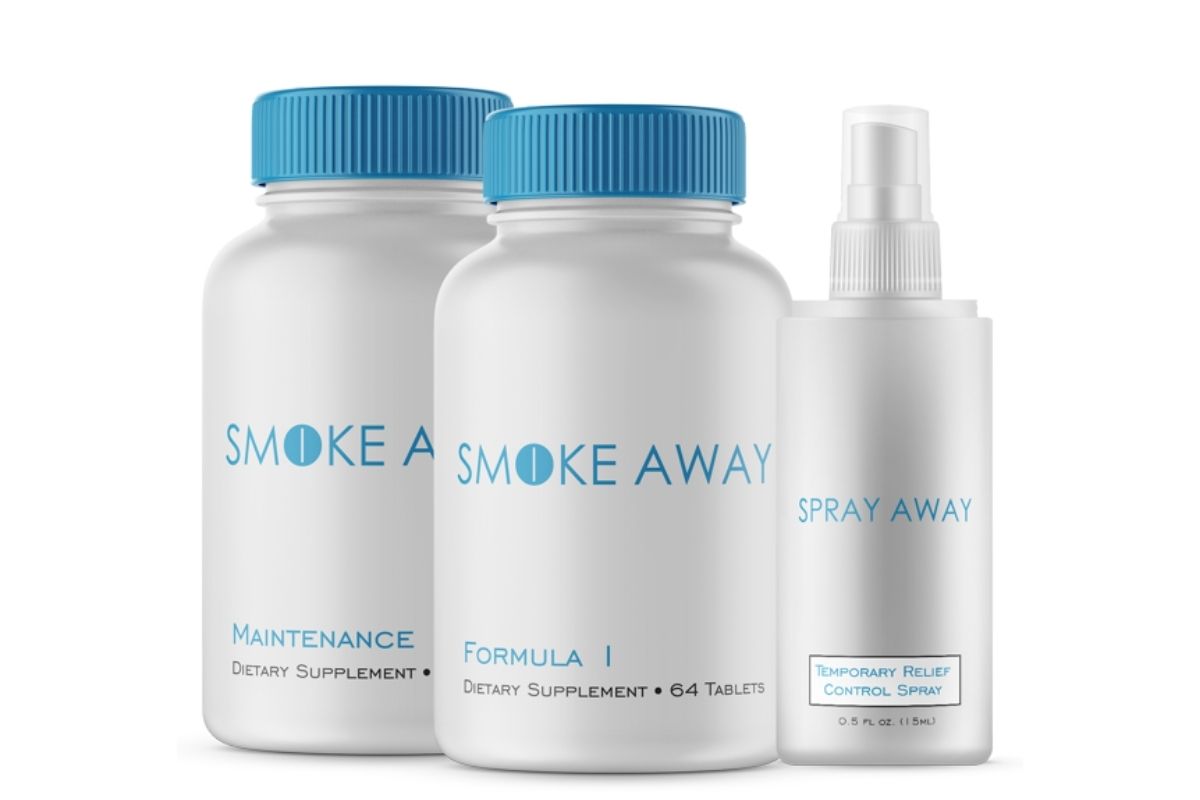 But, what if there was a way to give up smoking without more nicotine? That's where Smoke Away comes in. It is quite a different alternative to the more traditional methods for giving up.

Smoke Away is available in two main forms, as tablets, or as a spray.

And what's more, the user doesn't have to put any nicotine into their body, so it's not sustaining the addictive properties, and the power of the nicotine to make you crave more.

In this article, we're going to discuss how it works, and instructions for its use. We will also explore the effectiveness and success rate of this method, and what people are saying about it elsewhere on the net.

We'll also discuss how it compares with that of other methods, and where you can buy it.

We'll then be discussing its value for money and summarizing its various pros and cons, before rounding up with our final thoughts. At this point, you'll be in a position to decide whether or not Smoke Away could be right for you, and whether it's worth a shot.

Please feel free to scroll ahead to any section that jumps out at you.

How Does It Work? 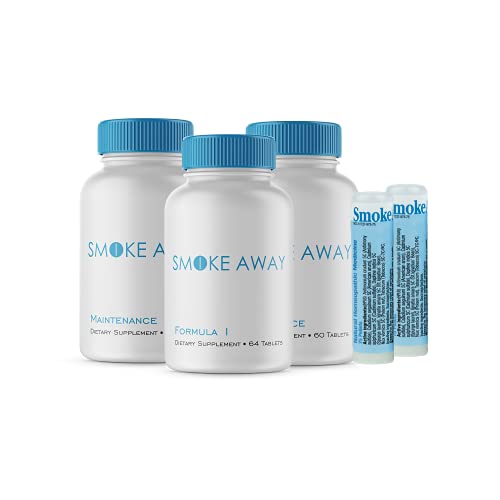 Using Smoke Away basically requires that the user goes cold turkey, and does not consume either tobacco or nicotine in any form. Instead, you must use Smoke Away to treat your withdrawal symptoms

To quote directly from the Smoke Away website, the procedure for using Smoke Away is as follows:

"Take 4 Tablets of Formula 1 Before bed one evening.

Once the Formula 1 is completely gone and that phase is complete switch to taking Maintenance. Two tablets once a day."

The precise formula for the Formula 1 tablets is proprietory, so we cannot say for certain what the exact chemical make up it is.

But we can confirm that it's made with all natural herbs, including the likes of ginger root, passion flower, peppermint, licorice root, echinacea, and burdock root.

And in addition to the tablets, there are also other remedies available from Smoke Away. These include a spray, small homeopathic tablets, and audio downloads.

The purpose behind both the spray and the homeopathic tablets is to provide temporary relief whenever you feel the craving for a cigarette.

You can either squirt the spray under your tongue when you get a craving, or you can place 3 small homeopathic tablets under your tongue, and this should distract you from your craving, allowing you to move on with your day.

There are also audio downloads and CDs that offer the user words of encouragement.

As well as being safe, the Smoke Away is also very effective. In fact, research has shown that it's just as good as other methods for helping smokers quit.

Of course, it's not always easy to find out just how effective using Smoke Away can be for giving up smoking for you personally without actually giving it a try for yourself. But there are plenty of testimonials online which will give you a pretty good idea of its potential.

What Users Have To Say About Smoke Away

So, here's what some users have to say about smoke away...

One such testimonial comes from a woman called Sarah who says:

"I was a smoker for 20 years until I discovered the Smoke Away. It's been less than 2 weeks, and I'm already feeling better."

Another comes from a man called David who says:

"Smoking is my biggest problem, and I decided to try the Smoke Away after reading all the positive feedback on here. I haven't smoked since last Friday night!"

And another comes from a woman named Karen who says:

"After trying everything else, including hypnosis and acupuncture, the Smoke Away finally worked for me! Now I'm completely off cigarettes and I never want to go back again."

But, as you may imagine, there's also some criticism for the product too...

The main complaint about the product is that it's too different from traditional smoking. There's nothing to hold in your fingers and there's no breathing in of smoke, as there is with vaping.

This means that they claim that it's more difficult to use and therefore less likely to succeed. However, it should be noted that some of these criticisms come from people who haven't actually tried it out for themselves and given it a fair shot.

How It Compares With Other Products For Giving Up Smoking

If you're deciding whether to buy the Smoke Away, then you'll probably want to compare it with other similar products available on the market today. For example, you could consider buying a nicotine patch or gum instead.

Although nicotine patches and gums have helped a great many people to quit smoking, it's safe to say that it doesn't work for everybody.

In fact, nicotine based methods generally serve to feed the nicotine addiction, and although the nicotine is supplied in a lower dosage, it doesn't always make the addiction go away.

Worst case scenario, you could find yourself addicted to your nicotine patch, or using several at a time rather than just the one.

You might also want to look into e-cigarettes as an alternative method of giving up smoking. These electronic devices allow you to inhale nicotine vapor without having any actual tobacco in your body.

They're often seen as being safer than traditional cigarettes because they don't contain any tar or carbon monoxide, but they do still contain nicotine so if you're looking for something non-addictive, this isn't really the best option for you.

Where You Can Buy Smoke Away

You'll be glad to know that there are several places to get hold of Smoke Away, both on- and offline.

Pricing And Value For money

Because there’s no way of knowing whether it will work for you until you try it, we cannot speak to it’s value for money. You either decide to go for it, or you don’t.

With the long-term health effects of smoking being so real and so damaging, we would argue that any method of quitting is worth trying at least once.

The Smoke Away seems like a good way to give up smoking, and it may help you kick the habit for good. However, it's important to remember that it won't necessarily work for everyone, and it's not guaranteed to work for you either.

The clear advantage of Smoke Away over other methods is that there is absolutely no nicotine involved, and the system is designed to help you with both withdrawal symptoms throughout the course of the day.

And also provide you with immediate relief every single time you have a craving if you invest in a spray or the homeopathic tablets.

As to how it compares with other methods of quitting, it's really hard to say because there hasn't been a whole lot of research done on it, compared to say patches, gum, and vaping.

As to whether it will work for you, surely it's worth a shot?

Latest posts by Josh (see all)